On Sunday, May 19, 2019 at 6:30 p.m. St. Mark’s Episcopal Church, located at 335 Locust Street, Johnstown, PA 15901, will host a special Community Common Prayer Service commemorating the 130th Anniversary of the 1889 Johnstown Flood and the special role that St. Mark’s played during and in the aftermath of the flood. The service will be a memorial to Father Alonzo Potter Diller, Rector of St. Mark’s, his wife Mrs. Marion Diller, their children, all of whom perished at St. Mark’s, and all 2209 victims of the 1889 Flood. It also will be a service of healing prayer for the community, the nation and the world. A brief written history of St. Mark’s will be provided to those who attend the service.

In the aftermath of the 1889 flood and despite considerable damage to the 1874 church building and rectory, the death of its Rector, and over half of its communicants, St. Mark’s congregation continued meeting in the “Ark,” a temporary small wooden structure furnished by the American Red Cross (ARC). The response to the 1889 Johnstown Flood marked the first time the ARC was mobilized. The head of the ARC, Clara Barton decided to build “Red Cross Hotels” to house the homeless of Johnstown and surrounding areas. Bishop Whitehead of the Episcopal Diocese of Pittsburgh gave the St. Mark’s site to the American Red Cross for use in the Johnstown recovery efforts. The first “Red Cross Hotel” was built on the St. Mark’s site.

Later, the site of St. Mark’s was returned to the Diocese and the present day church was built and consecrated on May 31, 1891, the second anniversary of the 1889 flood. During the 1936 and 1977 Johnstown floods, St. Mark’s sustained property damage but no communicants were loss. The present day church contains two architectural features original to the 1874 church and many appointments dating back to 1891 that are memorials to the 1889 flood victims. Guided tours of St. Mark’s will be available following the May 19 service.

The May 19, 2019 Community Common Prayer Service is free. All are welcome. 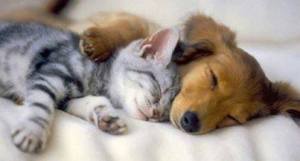 The next Pet Food Pantry will be held Wednesday and Thursday, June 8 and 9, 2022 from 10:00 a.m. to 1:30 p.m. in the church courtyard. It will be held outdoors, so dress accordingly.  In the event of inclement weather, please bring an umbrella. We are also asking for everyone to wear a mask and keep a 6 ft. distance between each other in line. These requirements will be strictly enforced.
We do not deliver.
Donations of pet food and money to purchase food are most welcome and needed to ensure the continuance of the Pet Food Pantry. Monetary donations can be made with PayPal or credit card via “Donate” on the main menu or mailed to the Church Office.  For more information about our monthly Pet Food Pantry, click here.
Loading Comments...
%d bloggers like this: